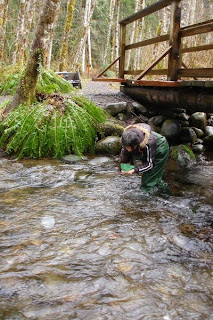 Connecting kids with nature is getting a lot of hype these days. But it is not really a new idea at all. I have been part of a great program since its beginning, nearly 15 years ago. It's called Cascade Stream Watch and it's run by a non-profit called Wolftree. They get kids from urban schools and bring them out to wild places such as Wildwood, a BLM recreational area near Welches. The kids get to explore life in the creeks and wetlands, learn about the forest plants and trees, and navigate using a compass among other things. Rain or shine, it doesn't matter to these kids. At the end of the day, the kids all share what they learned or found or thought was amazing. And there is usually alot to share. For more about this program visit www.beoutside.org. They are always looking for mentors who are willing to help eager students explore the outdoors. 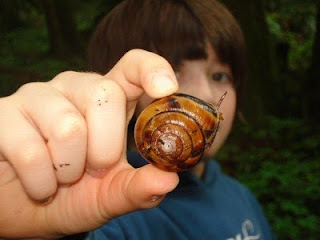 Posted by Donna Allard at 10:23 AM No comments:

Email ThisBlogThis!Share to TwitterShare to FacebookShare to Pinterest
Labels: children and nature, get outside, wildwood, wolftree 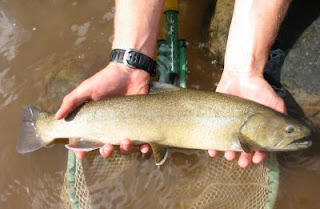 Having worked mainly with salmon the past 2 years I never really thought much about other fish species. Makes sense as salmon seem to be the primary focus on the west coast. But as of October of 2009 I became part of a new field crew called the Native Trout Crew. Within my first week with this new crew I found myself learning about a new fish species, the bull trout (Salvelinus confluentus). What I have learned so far is that Bull Trout are currently listed under the Endangered Species Act and that they tend to be found in colder water at higher elevations. Lucky for me this means a lot of cold weather, with temperatures as low as -11 °F at times. I can also tell you that Bull Trout prefer habitats such as pools, reservoirs, and lakes. 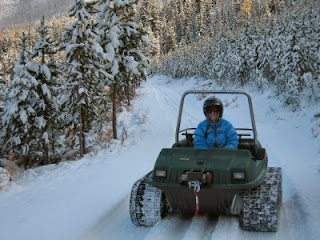 My favorite adventure thus far working with bull trout has been to the Eagle Caps in Eastern Oregon. Winter time looking for bull trout has proven to be quite an adventure. I actually had no idea fish biologists worked in the snow, but they do. Thanks to our friend max, our amphibious ATV, we are able to reach our PIT tag antenna sites at elevations of 6000 feet. So every month the native trout crew adventures out to Eastern Oregon to download data from our PIT tag antenna sites and make sure everything is operating correctly.