Blast froom the Past: 1955 - Photographs

The folks at Malheur NWR in 1955 exposed approximately 300 feet of 16mm Kodachrome film. The photos include wildlife and livestock operations. These photos span only 3 months!! Talk about shutterbugs. They also note in the narrative that an additional 130 feet was taken of carp control projects and that they hope another year of photography will provide sufficient material from which a film could be made. The Malheur Movie!
Just exactly how many photographs do you have to go through when it’s easier to report the number in feet instead of images? 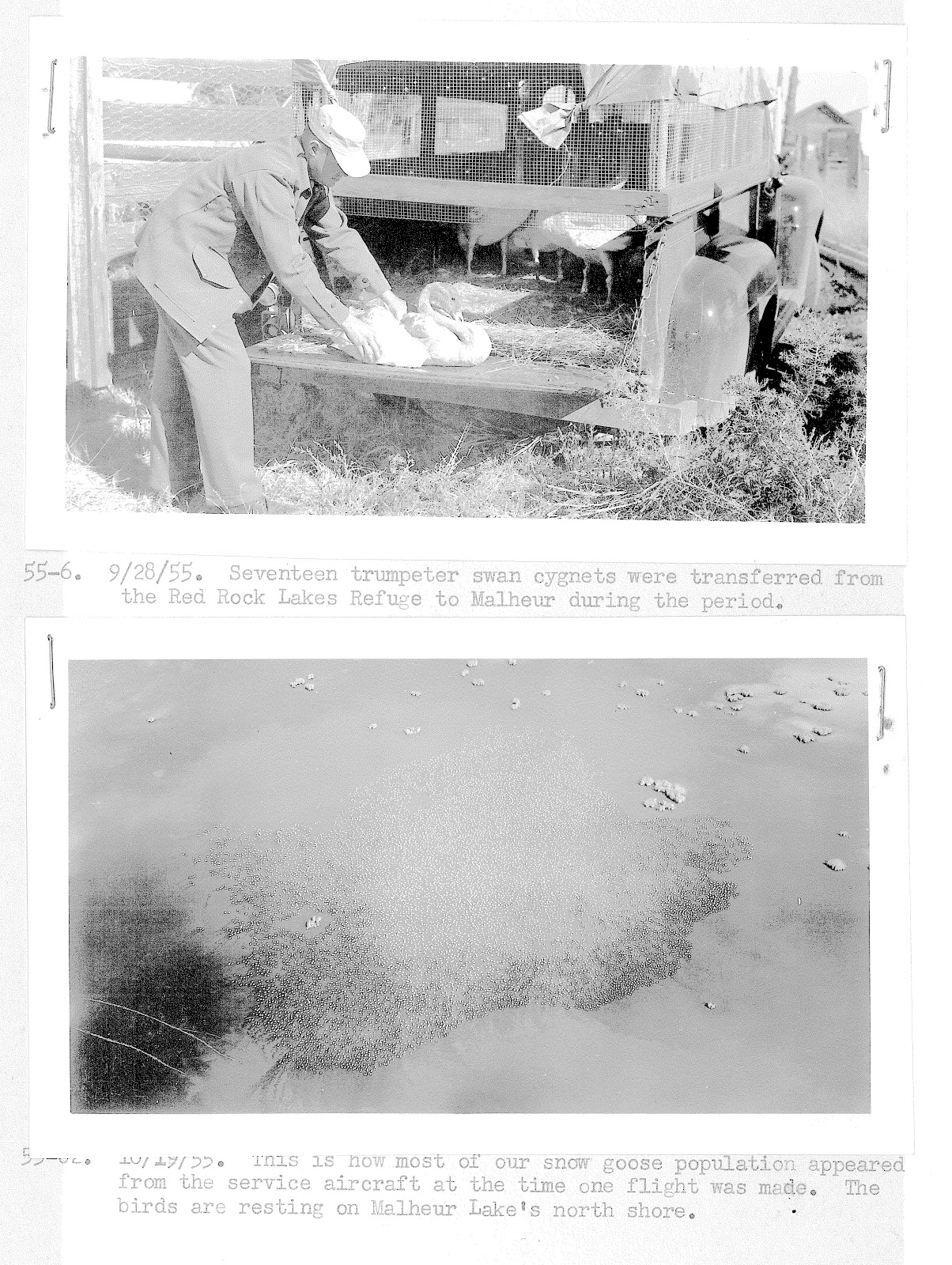 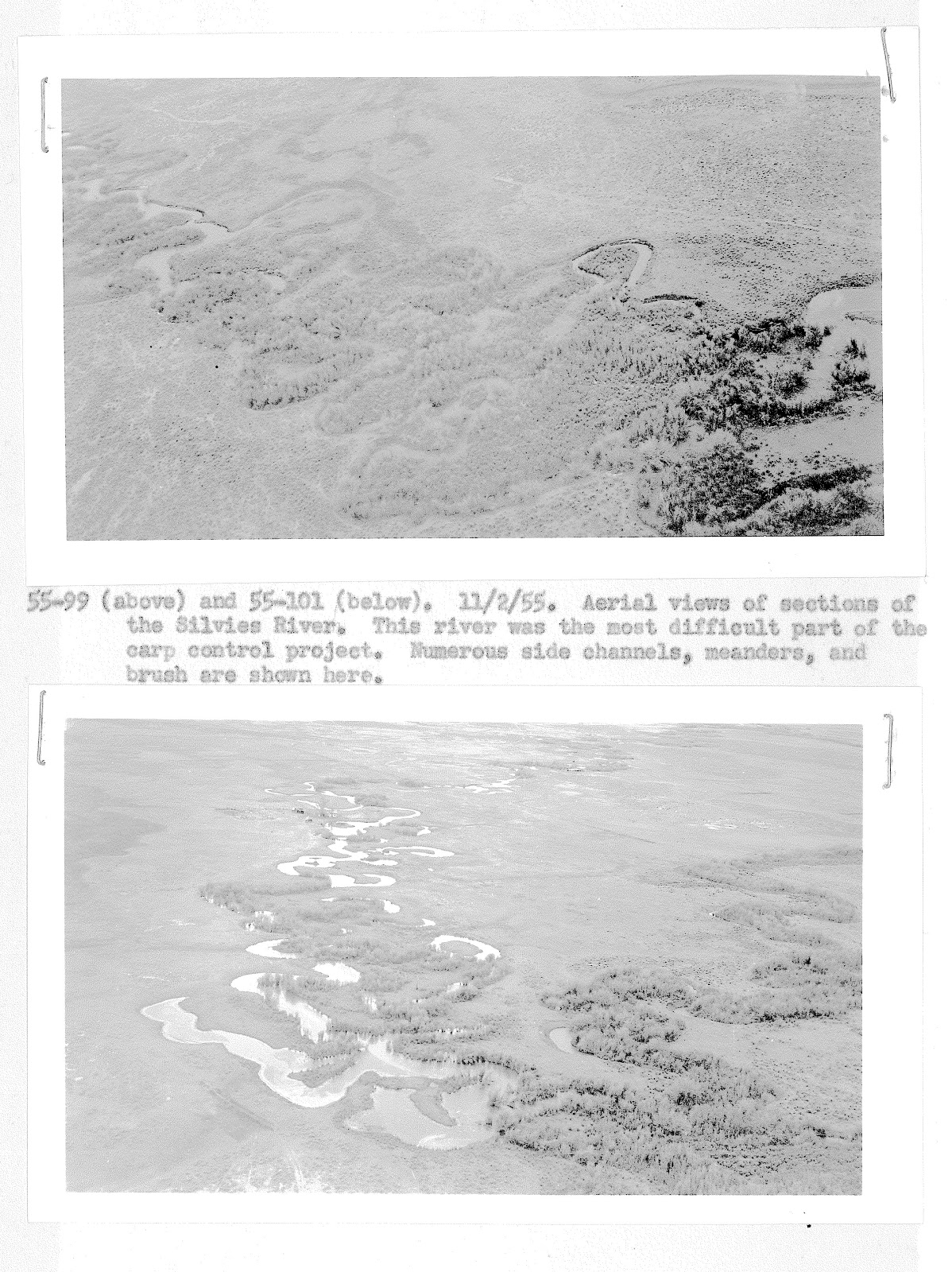 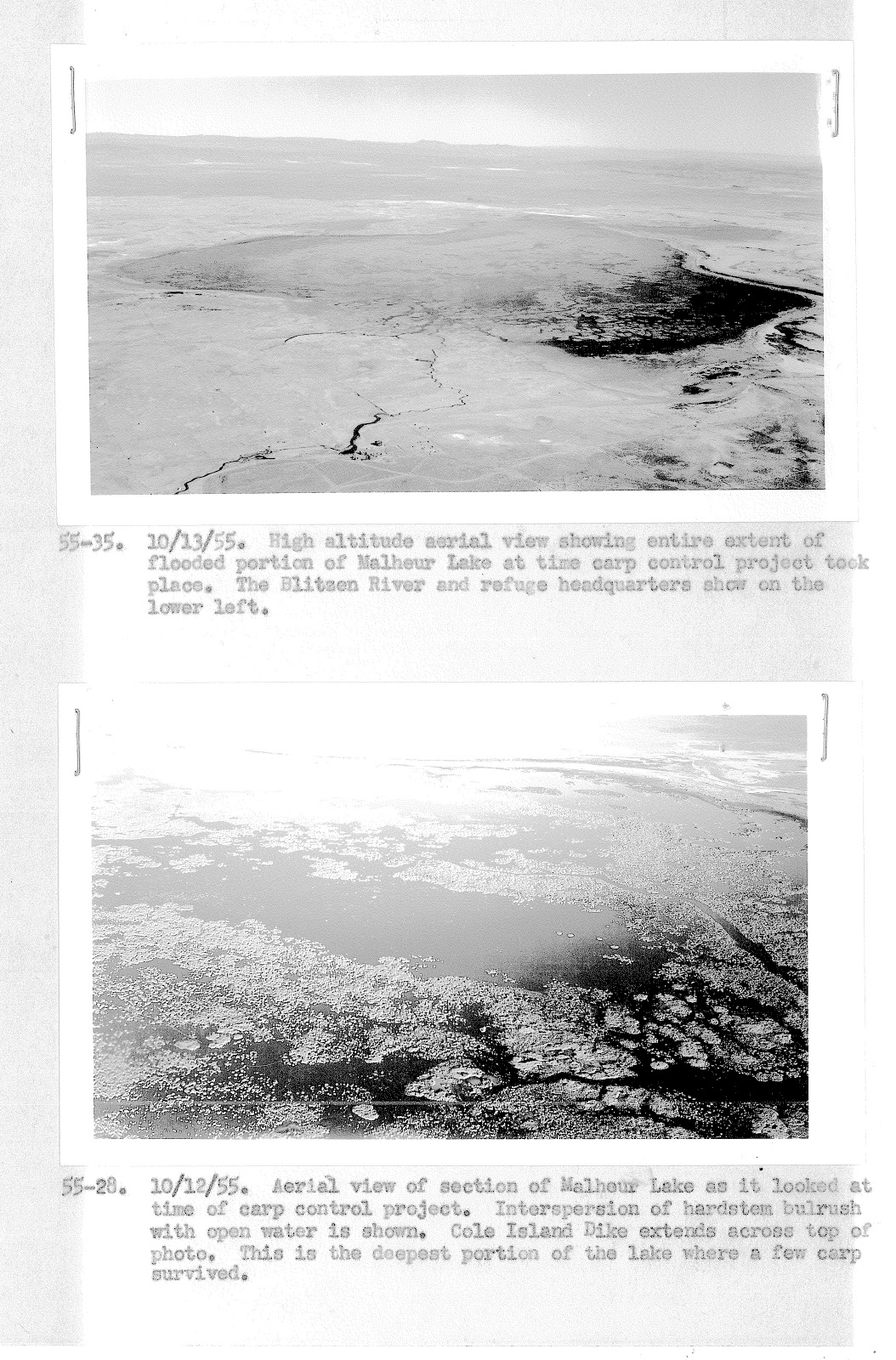 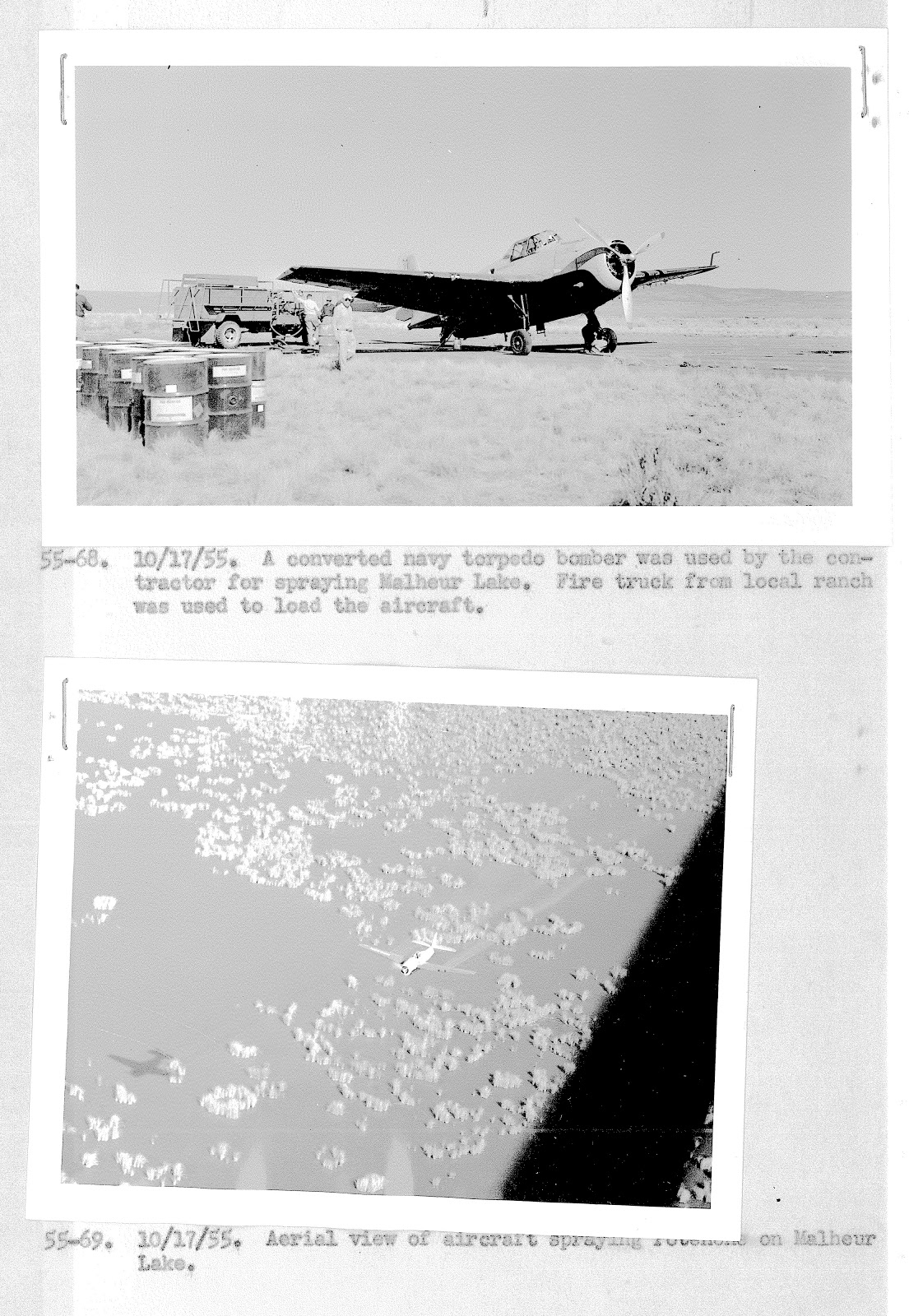 Submitted by Nadia Jones, Geographer
Posted by Columbia River Fisheries Program Office at 9:06 AM No comments:

The pet and aquarium trade represents a little known route by which many plants and animals make their way into natural waterways. In recent posts we discussed a few of the most notorious trouble makers; the mystery snail, American bullfrog, Oriental weatherfish, red swamp crayfish, Eurasian water-milfoil, goldfish, and red-eared slider. Remember their faces! Don’t let them loose!

As this cartoon by Jack Ohman of the Oregonian depicts, released classroom pets like the Louisiana red swamp crayfish can be a menace! 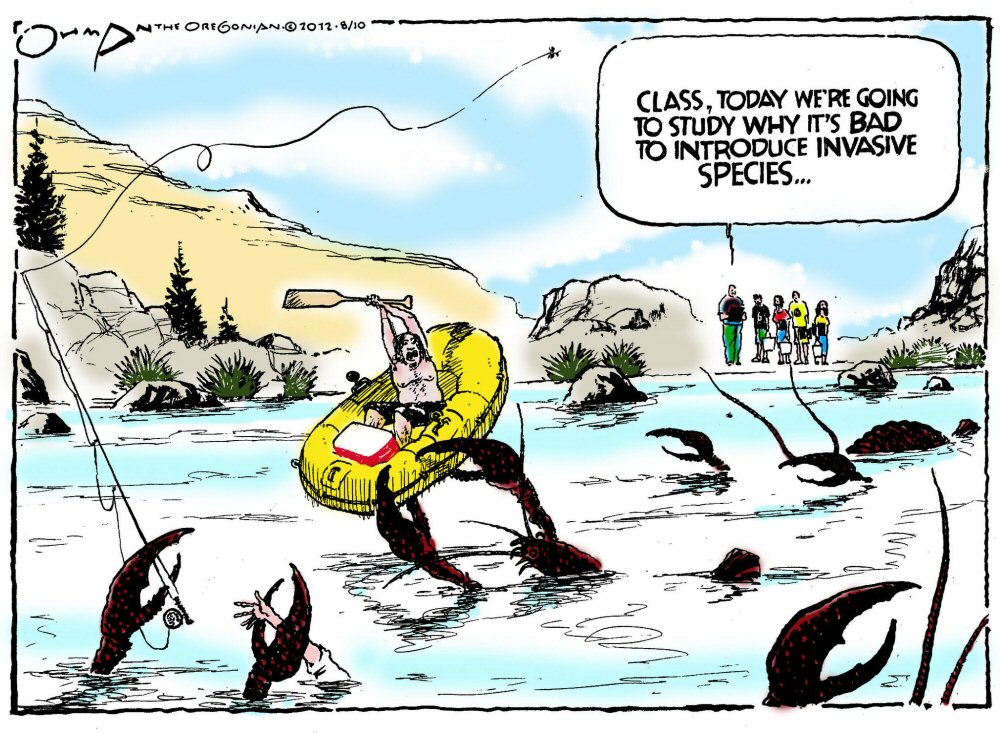 Next time you are trying to figure out what to do with unwanted aquarium pets consider these options listed below. Your actions can make a huge difference in preventing the spread of aquatic invasive species!

· Contact your pet store for donation, return, or exchange options.

· Give your unwanted plants and fish to another hobbyist, public aquarium, school, or community center.

· Bag and trash aquatic plants and pour aquarium water in upland areas of your yard instead of storm drains, sink or toilet.

· You can also freeze plants for 24 hours and place them into the garbage.

· Remember to learn about the needs of particular aquarium species before you buy.

· If all else fails, contact your local veterinarian for humane disposal options.

Hang this poster to help you remember all these great alternatives to release. View Oregon Field Guide: Crayfish Invasion to learn about impacts of crayfish released from classrooms in Oregon. 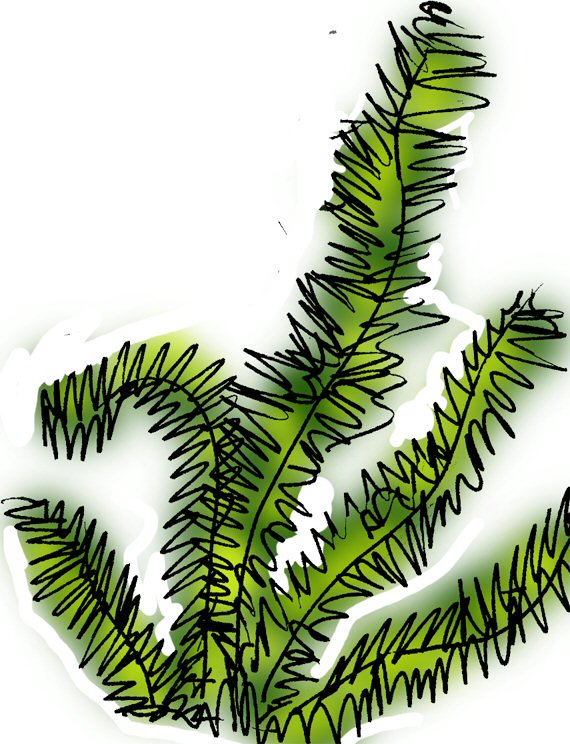 Where does the species originate from?
Eurasian watermilfoil originates from Europe and Asia.
How is it introduced and spread?
Milfoil was once commonly sold as an aquarium plant. Now it is largely spread through escapes or releases from ornamental ponds, boat trailers moving between waterbodies, and subsequent natural dispersal. Wildlife, water currents and flood events can all carry small fragments of the plant to new places where it can reproduce vegetatively. This means it only takes a small stem or plant fragment to start new colonies in waterbodies where it is introduced.
Environmental impact:

This aquatic plant grows in dense patches, excluding light from native species and creates stagnant areas with low oxygen levels below the large floating mats. Recreational activities such as fishing, swimming and boating are greatly impaired where thick mats occur.

Milfoil facts:
·       Milfoil can grow up to 2 inches per day.
·       A single fragment of stem or leaves can begin a new milfoil infestation.
·       Eurasian milfoil has been spread by earthworm farmers who packed their product in the aquatic plant for transport. 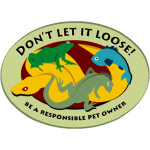 Don’t Let It Loose!  Even though Eurasian watermilfoil forms dense infestations in 43 states, it has not yet been added to the U.S. Federal Noxious Weed List and continues to be sold through aquarium supply dealers and over the Internet. Only you can prevent its spread! Clean, Drain, and Dry your boat and equipment after recreating in your favorite lake or waterbody.
Submitted by Briita Orwick, Aquatic Invasive Species Intern, Pacific Region
Posted by Columbia River Fisheries Program Office at 8:09 AM No comments: 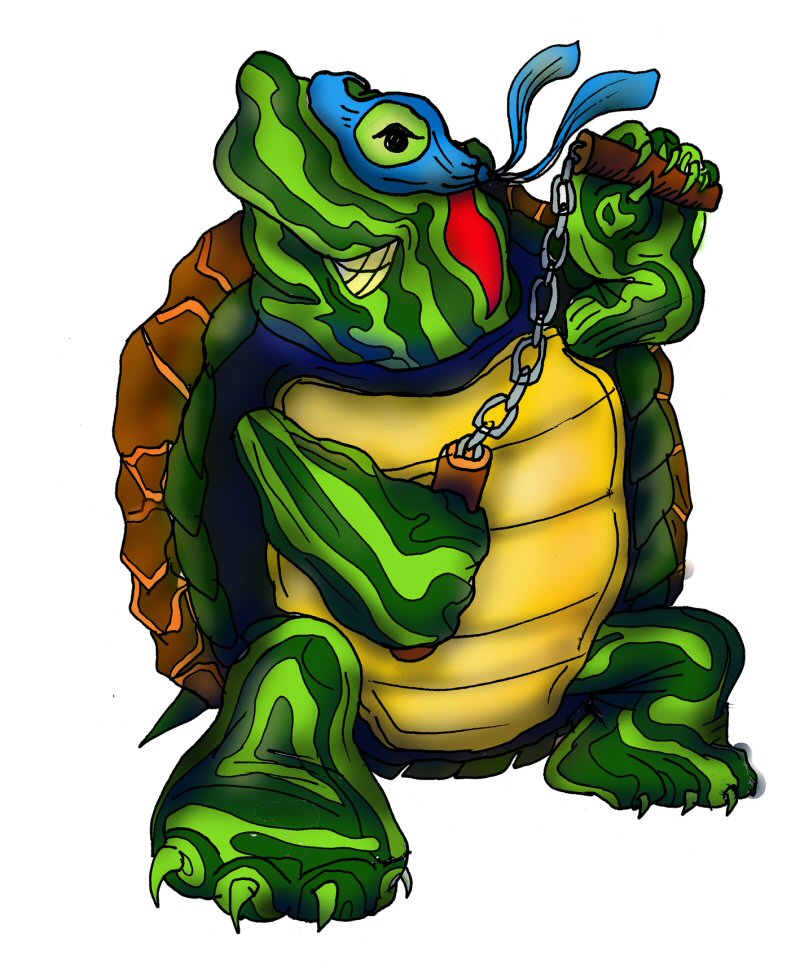 Where does the species originate from?
Red-eared sliders are native to the southern United States and northern Mexico.
How are they introduced and spread?
Red-eared sliders have been widely introduced through the pet trade.  Turtle ownership reached its peak in popularity during the Teenage Mutant Ninja Turtle craze of the late 1980’s and early 1990’s when it was revealed the crime fighting “heroes in a half shell” were red-eared sliders.  Unfortunately many turtles escaped or were intentionally released into the wild when owners grew tired of caring for them; not realizing the turtles can live up to 40 years and grow up to 13 inches.
Environmental impact:
Red-eared sliders are very aggressive turtles and will often displace and outcompete native turtles for common food, nesting and basking sites.  Red-eared sliders released into the wild may also transmit parasites or disease to native populations.
Turtle facts:
·       The red-eared slider is on the list of 100 of the World’s Worst Invasive Alien Species.
·       Small turtles may carry the salmonella bacteria that can be transmitted to humans.
·       A group of turtles is called a “bale”.

Don’t Let It Loose! Educate yourself about the needs of a particular species before buying.  How big will it grow?  How long will it live?  How much care will it need? 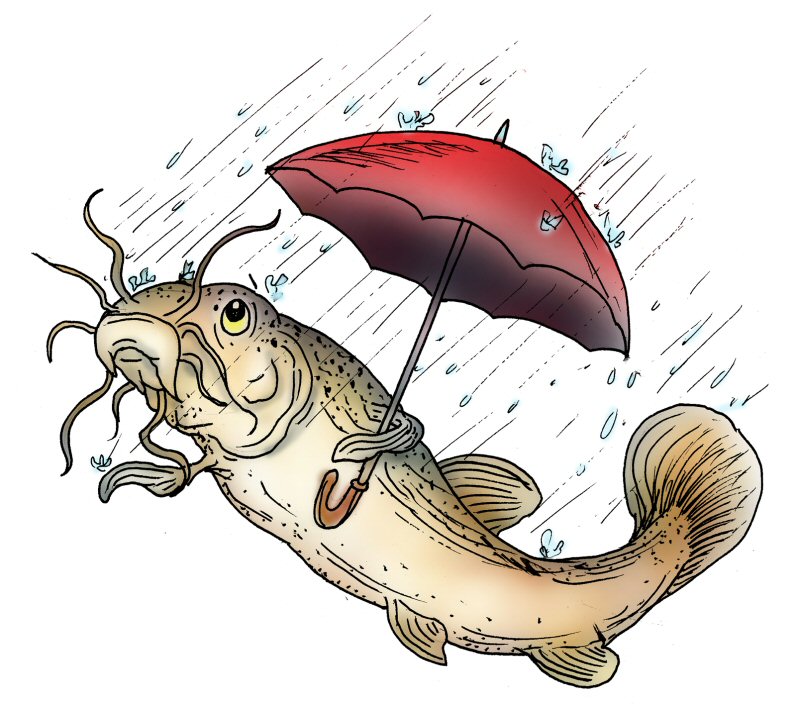 Where does the species originate from?
Oriental weatherfish are native to eastern Asia from Siberia south to northern Vietnam, including Japan.
How they are introduced and spread?
Oriental weatherfish are commonly sold in the aquarium trade and can be introduced to the wild when aquariums are dumped, or bait buckets are emptied. Previous accidental introductions are from aquaculture facilities where fish escaped into the wild. Their use as a food fish is also linked with their purposeful introduction into the wild to create harvestable populations.
Environmental impact:

Oriental weatherfish can reduce populations of aquatic insects that are important as food to native fishes. They are voracious eaters, can adapt to a wide range of habitats, and breed prolifically. They can also increase turbidity and nitrogen levels in standing water, which may negatively impact water quality.

Fish facts:
·       Before there was the weather guy on the news to recommend we pack a raincoat, people kept oriental weatherfish as pets to predict the weather. This popular aquarium species is highly sensitive to changes in barometric pressure, which can accompany a change in weather. Agitated activity and fast swimming in circles are sure signs major weather changes are imminent.
·       Weatherfish can breathe atmospheric oxygen.
·       Copious amounts of slime protect the fish against predation and desiccation. 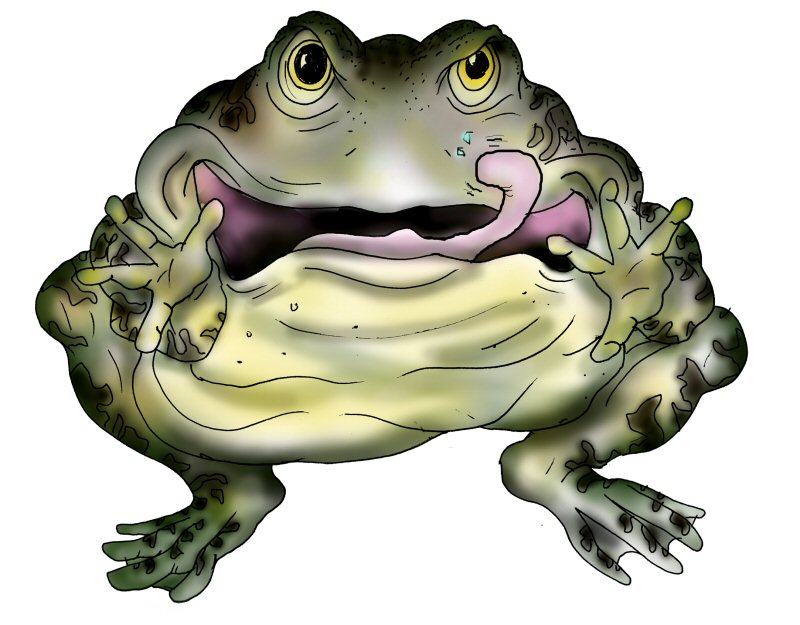 Where does the species originate from?
Bullfrogs are native to eastern North America.
How are they introduced and spread?
Bullfrogs have been introduced accidentally during fish stocking operations, and stocked intentionally as a food source (frog legs anyone?), biological control agent of insect pests, or released as unwanted pets or classroom specimen.
Environmental impact:
Bullfrogs are not picky eaters and will consume anything they can fit in their large mouths.  Check out this video to see what I mean! (http://video.nationalgeographic.com/video/animals/amphibians-animals/frogs-and-toads/frog_bull/).  Because of their large size and voracious appetite, bullfrogs displace native species, prey directly on many native species, and compete with native species for limited food resources.  Bullfrogs are known to spread a potentially lethal skin disease (a chytrid fungus), which has led to the extinction of at least 100 frog species worldwide.  The bullfrog has also been blamed for the decline of many native amphibian populations in western states including: leopard frogs, garter snakes, red-legged frogs, Oregon spotted frogs, and Western pond turtles.
Frog facts:
·       Bullfrogs may travel overland up to a mile to find new habitat.
·       The American Bullfrog is on the list of 100 of the World’s Worst Invasive Alien Species.
·       A group of frogs is called an “army”.

Don’t Let It Loose!  The bullfrog is classified as a prohibited aquatic animal species in the state of Washington (http://apps.leg.wa.gov/WAC/default.aspx?cite=220-12-090) and may not be possessed, imported, purchased, sold, transported, or released into state waters.
Submitted by Jen Poirier
Posted by Columbia River Fisheries Program Office at 6:41 AM No comments: